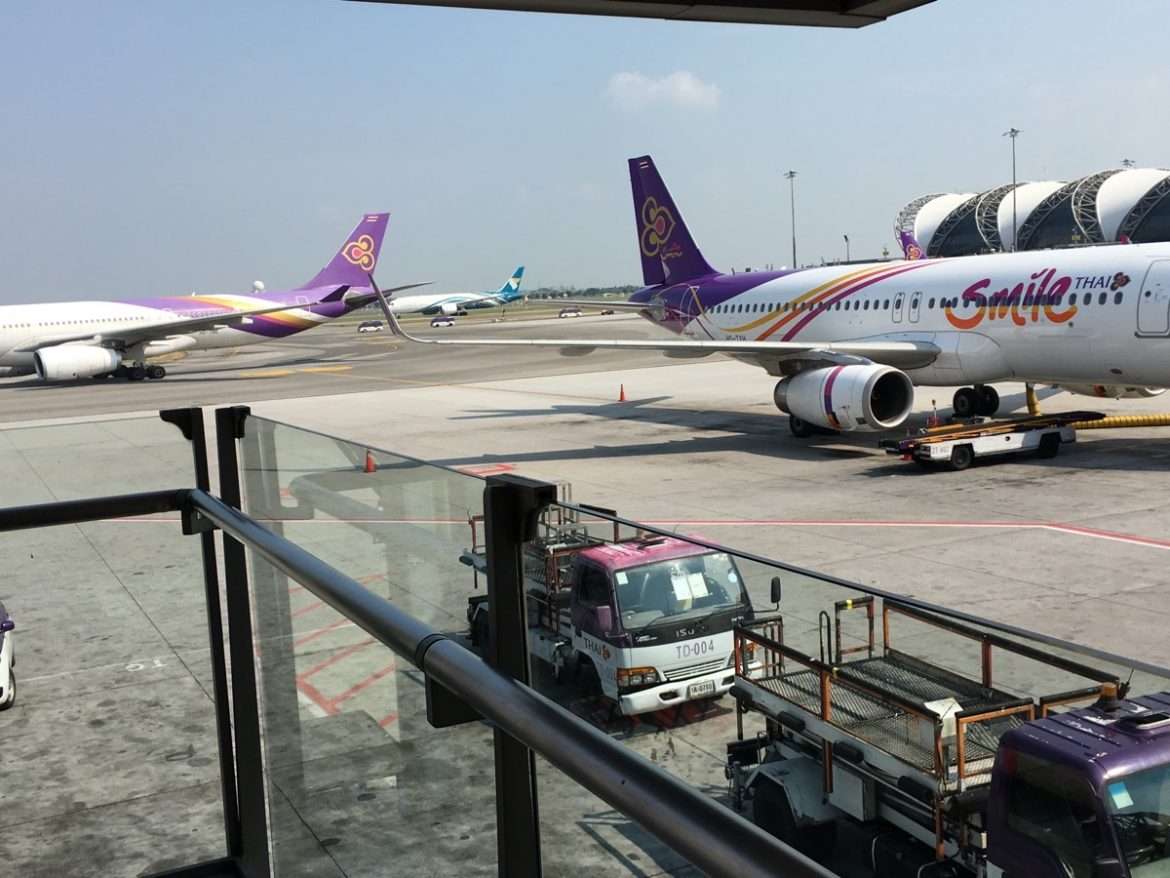 When it seems to be a peaceful day for aviation, one Thai Smile flight had a bad day after a fight breaks out over a ridiculous issue.

Fight Broke Out On Thai Smile Flight To India

The incident involved Thai Smile Airways, a subsidiary of Thai Airways, operating from Bangkok (BKK) to Kolkata (CCU) on December 26, 2022. The flight was operated as WE313 with a 7-year-old Airbus A320 under the registration HS-TXT.

The flight was a red-eye flight that departed at midnight on the 27th and just until it taxied to the runway, everything seems to be fine. Then as the flight was getting ready to take off the cabin crew members informed passengers to put their seats in an upright position.

However, one passenger, seated on seat 37C, seen wearing a black shirt from the video footage, refused to put back the seat claiming he had back pain. So the crew explained to him the cabin safety procedures and requested the man to comply or else the aircraft will be returning back to the gate for possible offloading.

The man said that he flies often and he knows what to do and told the crew to tell the pilot about this situation.

In spite of the cabin crew’s continuous request to put the seat upright prior to taking off, the man seemed to refuse and gave an excuse. So at this point, impatient passengers intervened and started to fight.

Frustrated Passengers Decided To Take The Matter By Their Own Hands

The short video above shows the man cornered off by the window seat and beaten for a minute. It is unclear what happened next but as the fighting stopped, the flight took off to the destination. I find it funny that even with all this happening, the flight departed and arrived on time.

No one was injured from the brawl and the man who refused the put his seat upright probably got all the slaps for his whole life.

The only thing that many of us think was why did the captain decide to continue the flight even though there were possible risks later on the flight. The scale of the incident was quite big enough for the aircraft to return back to the gate to offload the unruly passenger.

After the flight took off, reports say, the cabin crew kept the passengers who were involved in the fight under watch and for the man who caused it, no alcoholic drinks were served. On the other side, the crew requested passengers who took videos to cooperate and ensure they delete them.

An onboard incident happened on December 26, 2022, when a passenger on Thai Smile Airways from Bangkok, Thailand to Kolkata, India refused to put his seat upright before taking off. Then, frustrated about the delay, other passengers on board rushed to his seat and handled the situation at a new level. They started to slap and beat him up which eventually made him comply.

This is a bizarre situation where the captain did not decide to turn back to the gate even though there are possible security risks instead the flight departed on schedule and landed without any further incident on board.