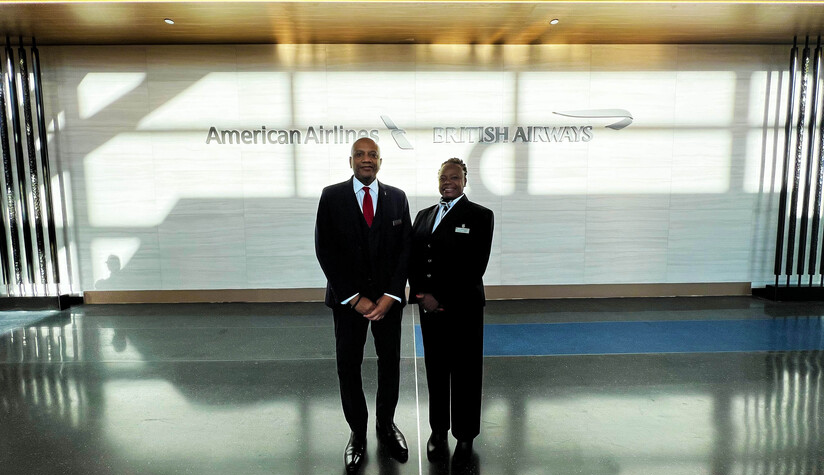 New York’s John F. Kennedy International Airport (JFK) Terminal 8 is finally ready to welcome passengers to its newly renovated terminal starting on Dec 1, 2022. And there are some fascinating brand new facilities that will be opening with it.

As part of a $400 million joint investment between the Port Authority of New York & New Jersey, American Airlines and British Airways, New York’s JFK Terminal 8 renovation, the terminal will be home to eight Oneworld Alliance carriers. The key investment is to enhance customer experience arriving and departing from the terminal. Among the developments, there are:

“The completion of Terminal 8 is the latest milestone in our historic efforts to build a whole new JFK worthy of New York.”

“I congratulate American Airlines, British Airways and the Port Authority for the first of what will be many milestones to come. We will continue our close partnerships as we transform JFK into a magnificent global gateway that will help to keep New York at the center of the world stage.”

In the past, the dedicated Flagship check-in area only was for those who fly on American Airlines first class or top-tier members but this has now changed as British Airways first class and Executive Club Gold passengers are able to use this co-branded premium check-in area.

The premium check-in areas lead directly to dedicated fast-track security and allow customers to
breeze through to departures.

Next on, there will be three brand new lounges opening which are called:

British Airways Chelsea Lounge will be equivalent to the current Flagship First lounge where it will be accessible to the following passengers:

The Chelsea lounge features a champagne bar, fireside lounge and a la carte dining but based on the picture only, this seems a little disappointing as there is no distinctive premium feeling like the Flagship Dining offered. It is more of a luxury restaurant theme.

The Soho Lounge will be located next to the Chelsea Lounge and will be the lounge primarily for elite members, similar to the Qatar Airways Platinum Lounge.

The Soho Lounge will be one of the biggest lounges at Terminal 8, accommodating up to 282 guests. This lounge will be accessible to:

The Soho lounge will feature floor-to-ceiling windows with airside views a vibrant cocktail bar, a secluded library, a 30-foot communal wine pouring table and many more. In my view, the Soho Lounge looks like an elegant version of Cathay Pacific’s first class lounges.

Lastly, the Greenwich Lounge will be located at the current American Airlines Flagship Lounge. Much of the layout of the lounge will be similar but there will be design upgrades.

The Greenwich Lounge will be accessible to the following passengers:

The lounge will feature a premium wine table, expansive seating, a terrace bar and more. One of the biggest curiosities is how the Flagship Dining area will be renovated. I believe this area will be transformed into a terrace bar with an airside view.

As of December 1, 2022, British Airways will be relocating to New York John F. Kennedy International Airport (JFK) Terminal 8. This newly reopened terminal will allow smoother access for passengers arriving and departing without the hassle of using shuttle trains to another terminal.

With the opening of renovated Terminal 8, there will also be three new lounges called Chelsea, Soho and Greenwich that will be used by premium and elite passengers flying on American, British and other Oneworld partners departing out of the terminal.