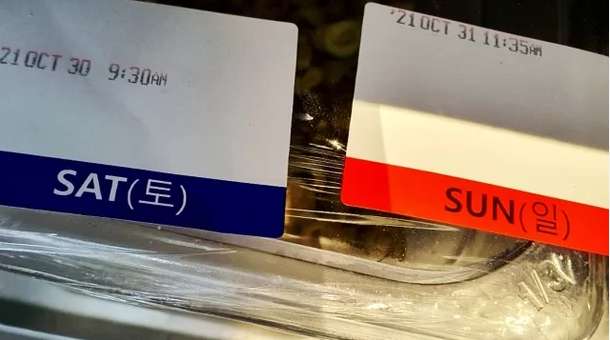 A week ago, South Korea’s new agency continuously reported on the fact that there were suspicious activities regarding Gate Gourmet Korea, one of the in-flight catering companies, reusing ‘expired’ food products by switching its expiry date tags.

This report came after some ex and current catering workers exposed that the catering company has been constantly reusing food materials that were meant to be discarded.

As the suspicion grew every time, South Korea’s Ministry of Food and Drug Safety, equivalent to the FDA, finally launched an investigation to find out about this issue.

Gate Gourmet Korea is a subsidiary of Gate Gourmet, a world-renowned in-flight meal supplier in Switzerland, that was established between Hainan Airlines Group and Asiana Airlines by investing 60 to 40 respectively.

The establishment of Gate Gourmet Korea was made on the condition that Kumho Asiana Group attracted 160 billion won in investment from Hainan Group to acquire Kumho Tire and improve its finances, which was strongly opposed by LSG Skychef Korea, an in-flight meal company.

To overcome the liquidity financial crisis in 2003, Asiana Airlines spun off its in-flight meal business and sold it to LSG, signing an in-flight meal supply contract every five years. But the contract renewal negotiation failed in 2016, and the two companies parted ways. And as a result, Asiana has been using Gate Gourmet Korea as a caterer until now.

In connection with reusing expired foods, the Ministry of Food and Drug Safety conducted a spot check on November 24, 2022, finding the rumors were true. Thus, requesting administrative measures for Gate Gourmet Korea from relevant authorities after detecting serious violations of the Food Sanitation Act, such as using and storing expired raw materials.

Based on the Food and Drug Safety’s investigation, Gate Gourmet Korea has been reusing an expired sauce for main dishes and an expired cream cheese for pastry products.

The above chart shows the category and details of the violations. Here is the detail in English.

This is utterly disgusting to see that expired materials were tag-switched and reused as fresh in-flight meals. Considering that food quality and hygiene are critical for ensuring that the food served is safe to consume.

Not Only Once But This Is The Second Time

What’s more disgusting about this is that it is not the first time Gate Gourmet Korea was caught reusing expired materials. The catering company was caught doing a similar act last year by reusing nearly 2 tons of expired butter to produce bread and cakes for airlines.

Suspension Of Operation For 22 Days

The administration official in charge of the penalty said it would notify the company of prior notice to suspend operations within this month. Initially, Gate Gourmet Korea was about to get fined for the last year’s violation since the president who was under investigation, left for the United States, and both trials and administrative measures had been suspended.

However, since the same violation occurred, the district office is considering declaring a 22 days suspension of catering operations. A member of Incheon’s district office government employee told that:

“We tried to wait for the results of the court lawsuit, but in this case, it was re-violated, so it is right for us to penalize the company.”

If the 22 days operation suspension is confirmed, Asiana Airlines, its main and largest airline customer will run out of in-flight meals on most of its flights. The same issue happened back in 2018 called “Asiana Airlines’ in-flight meal chaos” when Gate Gourmet Korea caught fire just before the start of the operation on its newly built facility.

This unprecedented incident disrupted the supply of in-flight meals for all Asiana Airlines flights, delaying flights for as short as a few minutes to as long as five hours. During this incident, the Asiana Airlines crew starved on long-haul flights or had to eat only cup noodles. Passengers were given out US$30 voucher as a substitute for the main dish. What a joke this was!

The company decided to receive in-flight meals through alternative in-flight meal suppliers, but the lack of supply capacity was the cause, and Asiana Airlines’ complacency was caused by its failure to take fundamental measures. This causes a huge blowout to Asiana and eventually to the arrest of Asiana’s chairman.

But for this recent incident, Asiana Airlines, in a statement, said:

“GGK is obligated to select an alternative supplier. We will take measures to ensure that there are no problems with in-flight meal services.”

Gate Gourmet Korea, the main in-flight catering supplier of Asiana Airlines, Etihad Airways and a couple of other airlines was caught reusing expired food products. What’s worse? This is not the first time the company was doing this but the second time.

So as a penalty, the local district office is trying to penalize the company with 22 days operation suspension and is currently waiting for the court to finalize it. I am disgusted by such acts of resuing expired products where hygiene and quality are one of the most important aspects of inflight meals.