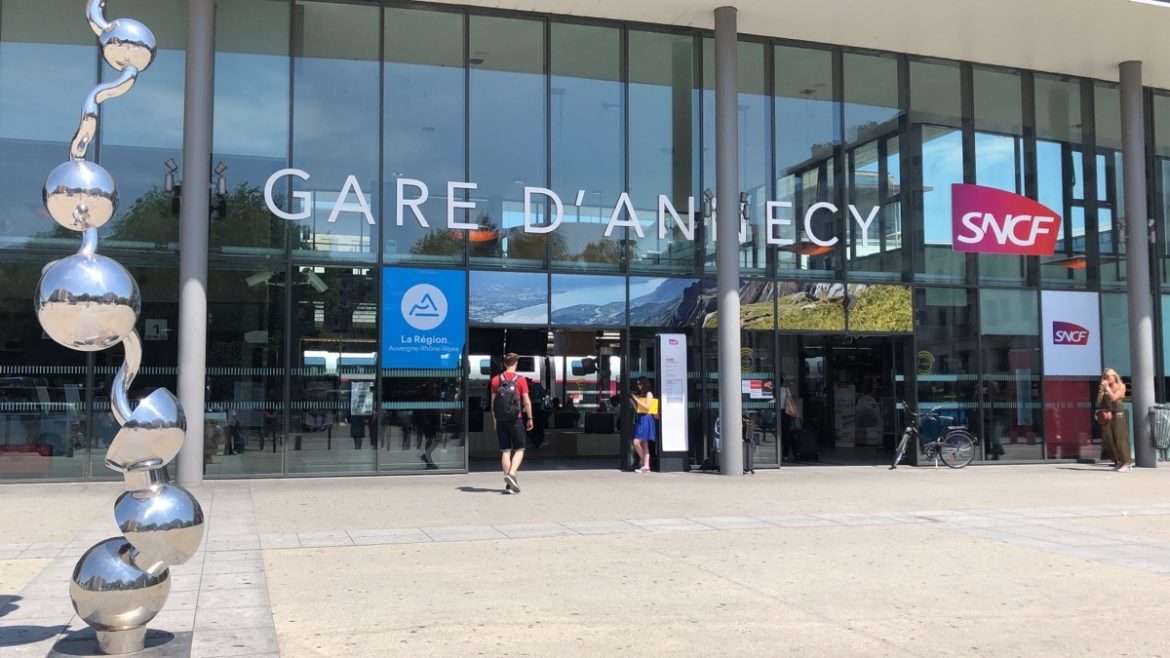 This week, the European Commission in Brussels approved a proposal from France to ban short-haul flights when there is a rail alternative. And this decision will affect three domestic routes from Paris-Orly Airport.

With the issues of increased Carbon emissions nowadays, transportation has come under increased scrutiny, and in particular aviation.

Back in 2021, French lawmakers proposed and voted to prohibit short-haul domestic flights of two and a half hours or less if there are alternative rail connections. And after a careful review by the European Commission, a green light was given but with some conditions.

Initially, French lawmakers planned to axe eight domestic routes but the Commission said the ban can only take place if there are genuine rail alternatives available for the same route — meaning several direct connections each way every day.

This means, soon flights between Paris-Orly to Bordeaux, Nantes and Lyon will be banned. Furthermore, three more routes from Paris-Charles de Gaulle to Lyon and Rennes as well as flights between Lyon and Marseille will be axed if the railway services improve. Currently, Paris and Lyon don’t have a rail service that will shuttle passengers early morning or late at night.

Over the years, France has been pushing hard to reduce carbon footprints in most of the industry sectors. This is part of French president Emmanuel Macron’s plan to tackle climate change and rising energy costs. France has committed to increasing its public climate finance in developing economies from €3 billion in 2015 to €5 billion in 2020.

France and the EU have committed to reaching climate neutrality in 2050 and plan to reduce their emissions that are consistent with this commitment during the United Nations Climate Change Conference (COP27) which was held in Egypt this year.

Following France’s path, Green Groups are encouraging other EU states to do the same. France was not the first country to propose the short-haul flight ban. In fact, Austrian Airlines cut its Vienna-Salzburg route and replaced it with an additional train service in the mid-2020s.

In a European Investment Bank (EIB) survey, 62% of respondents support an EU-wide ban on short-haul flights. This data shows a lot of Europeans support action to tackle climate change, even if it impacts their daily lives with the possibility of increased prices on goods.

However, Germany’s largest airline, Lufthansa doesn’t seem to be concerned. CEO of Lufthansa, Carsten Spohr said in an official statement:

“Of those of you who have been following the decision of this French Government if that same ruling would have been adapted to Germany, which means no domestic flight unless there are connecting passengers on board, and unless it takes more than two and a half hours to replace that flights by train, only one domestic route in Germany would’ve been stopped, which is Dusseldorf – Stuttgart.”

Lufthansa is one of the major European airlines with a large domestic and intra-European network. The airline operates 12 daily flights from Frankfurt to Munich. This 36 minutes flight is one of the most used for commuting.

Based on facts and figures, only 0.28% of Germany’s CO2 emissions are contributed from domestic travel. Out of 800 million tons of CO2 Germany produces annually, domestic flights, such as Frankfurt-Munich or Berlin-Hamburg, only account for a fraction of the 0.28%.

My Take On Short-Haul Flight bans

I am aware of and do understand the consequences of rising Carbon footprints from air travel but I think shifting short-haul flights to rail is limited. Based on research, while the current emissions show that rail has lower Carbon emissions per passenger kilometer than air travel, shifting transportation options from air to rail limited and generates other costs.

Furthermore, there are several aspects that need to be considered regarding the short-haul flight ban in Europe. Flights under 500km are responsible for 1–2% of total EU aviation emissions. That’s why the air to rail shifting is not an answer for curbing emissions. Since this might compromise the ability of short-haul flights to be the testbed for aviation decarbonization.

Also, airlines and aircraft manufacturers like Airbus and Boeing are developing hybrid-electric aircraft and engines. In fact, during last month’s 2022 Airbus Summit, Airbus revealed that it is developing a hydrogen-powered fuel cell engine. These newer technologies will further reduce the gap between air and rail Carbon emissions by the time comparable rail infrastructure opens up.

This is why I am careful about whether cutting short-haul flights will be the only answer to reducing Carbon footprints.

France will be introducing short-haul flight bans as the country is planning to reduce carbon emissions. The first three domestic routes that will be axed will be Paris-Orly to Bordeaux, Nantes and Lyon. This change presents both positive and negative viewpoints and I am sure there will be a lot of debates between the Green Group, the EU Commission, and the airlines.