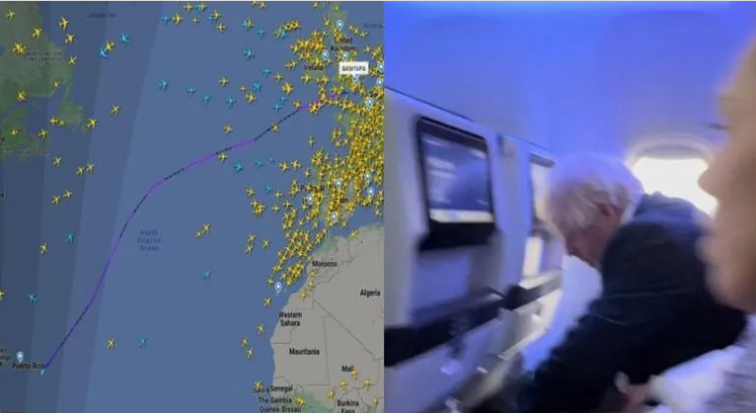 Ben from Onemileatatime posted about this story and it made me laugh out loud. It was like it is straight out of comedy. So I decided to share the story with everyone.

The ex-prime minister was spending a couple of weeks’ holiday on the Caribbean Island of the Dominican Republic. When he heard that Liz Truss stepped down as the shortest-serving British prime minister, he told his allies that he will run to lead the country again.

So how did he get back? This is the funny part.

On October 21, 2022, he cut his holiday short and rushed to Punta Cana airport with his family. He took a British Airways flight BA2156 to London Gatwick via Antigua and Barbuda. The aircraft featured three cabins without a first class but Boris johnson and his family sat on seat 34K on the aft section of the economy, decked up in a suite.

Regardless of travel class or dress code, fellow passengers told that he and his family were treated as VIPs such as pre-boarding. Mark Stone, Skynews correspondent told that:

Several passengers looked “slightly bewildered” and there were a few boos, adding: “Mr Johnson is sitting in economy, quite near the back of the plane, with his wife and children – one of his children climbing on top of him.

“He’s in a suit, his head forward, deep in thought, but moments before that one of his children was climbing on top of him – a family coming back from their holidays.”

He apparently looked uncomfortable with little leg space on British Airways economy class. For information, British Airways B777-200’s World Traveller seat only has 31 inches of pitch and 18.1 inches of width. Considering johnson’s size, the seat will be quite cramped for him on the 8 hours journey back to London.

Hearing about Johnson’s return, not only the passengers at the airport were interested but the flight tracking community members were eyeing his flight home. At the moment, Johnson returned to London, the BA2156 was the most tracked flight on Flightradar24.com.

British Airways currently operates twice-weekly flights to Punta Cana in its Boeing B777-200 aircraft. Given that it only operates twice a week, the load factor is relatively high. As you can see below, the business class is sold out leaving some economy seats remaining this Friday.

On the day when Boris Johnson left for the UK, I am sure there could be at least one last seat in business class available. With all the wealth he has, he could have taken other airlines like Air France or American Airlines with first and business class too. But why would he choose to be seated in economy class?

Aside from having a seat or not, I think he was aware of the public sentiment. To show to the people of the UK, he is a servant of the people. As he probably needed an extra vote, he chose a tactic to look humble.

Boris Johnson became an internet sensation when reports of him flying home on British Airways economy were spread. He and his family cut their holidays in the Dominican Republic and raced back to the UK hoping to be the next minister after prime minister Liz Truss stepped down.

Unfortunately, Rishi Sunak won the race and became the next British prime minister and all his hustle to the UK did not bear fruit.