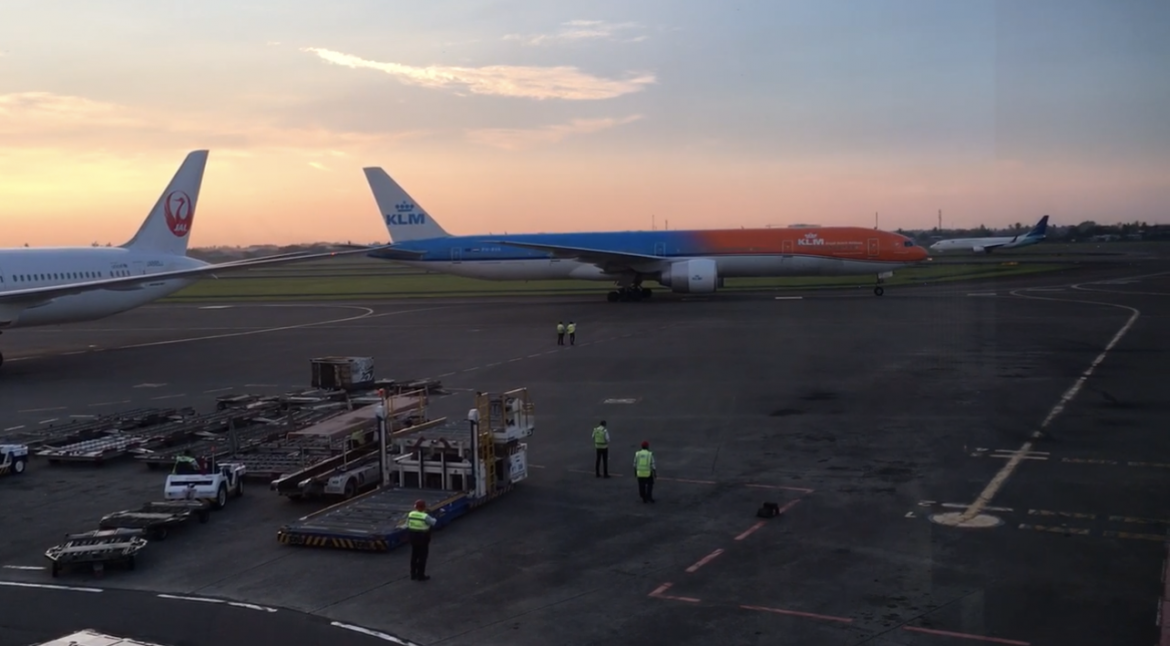 Yesterday, KLM announced that the airline would restart flights between Amsterdam and Jakarta, Indonesia via Kuala Lumpur, Malaysia which were cut short due to the pandemic. KLM will be operating 4 weekly flights to Jakarta starting October 30. At present, KLM flies to Jakarta and Bali via Singapore.

Currently, there are only two direct flights flying to Europe from Kuala Lumpur: To London by Malaysia Airlines and Istanbul by Türk Hava Yolları(Turkish Airways), and other airlines need at least one connection. So this is great news for those who live in Malaysia and Skyteam frequent flyer members as you will have more direct options to fly to central European destinations.

KLM has a history of offering generous fifth-freedom routes which you can book in short-haul single sectors between Singapore, Malaysia and Indonesia with its Boeing B777 aircraft featuring lie-flat seats and full dining service. Before the pandemic, the airline flew daily between Jakarta and Kuala Lumpur, and from Bali to Singapore.

KLM will start flying fly to Kuala Lumpur from Amsterdam on October 30 and will operate Kuala Lumpur to Jakarta sector first on October 31. The flights will be operated with combination of B777-200s and B777-300s. Here’s KLM’s schedule starting October 30:

What AboutThe Current Route Via Singapore:

Based on KLM’s flight schedule, October 29 will be the last Amsterdam to Jakarta via Singapore flight. While flights from Amsterdam to Singapore to Bali will continue to be operating daily.

Redeeming miles on KLM to Kuala Lumpur and Jakarta:

KLM is a Skyteam member and there are several ways you can redeem for either economy or business class. The three main best airline programs you can redeem are Delta Skymiles, Airfrance/KLM Flying Blue and Korean Air SKYPASS. I have arranged some mileage redemption rates below on how much it would cost between Amsterdam to these two cities:

Out of the three programs, as you can see Flying Blue program cost the lowest to redeem the seats. In addition, there are Flying Blue miles promotions from time to time so you can take advantage of that too.

For those who would like to fly the fifth-freedom route between Jakarta and Kuala Lumpur, paid fares are cheaper than other Low-Cost carriers. Usually, the one-way economy class seat cost less than US$40 and the business class cost around US$150.

It has been a long time since KLM restarts service to Kuala Lumpur. As I used to live in Indonesia in the past, to visit either Singapore or Malaysia, I preferred to use KLM as the majority of flights on this route were heavily flown by Boeing B737s and Airbus A320s.

Kuala Lumpur was one of the cities that had wide First Class award availability on Korea Air. That’s why I have flown numerous flights between Jakarta and Kuala Lumpur with KLM in the past to connect to Seoul with Korean Air. Sadly, that isn’t the case anymore.

Malaysia is one of the important tourist and business destinations for KLM, it will be great for passengers to have a direct flight out of Amsterdam finally. As a full-cost carrier, you will expect KLM to offer amazing in-flight services both from Amsterdam to Kuala Lumpur and even on a short 2 hours flight to and from Jakarta.