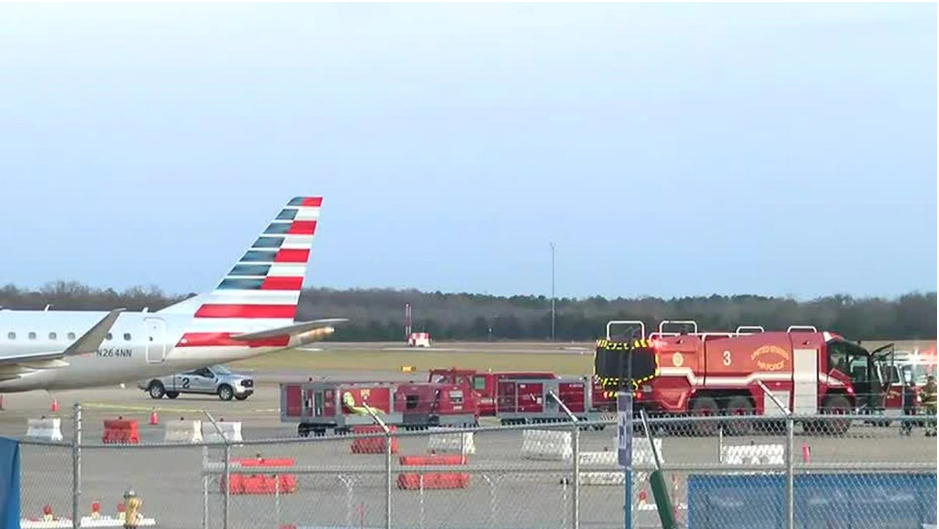 Airport safety training is one of the most taught lessons whether you work for American Airlines or others in order to prevent possible accidents. As I work around the airport, I put safety to be my priority.

However, a terrifying incident occurred on New Year’s Eve last year when one baggage handler was fatally killed by engine ingestion.

A Baggage Handler Had Fatal Accident With American Airlines Aircraft

On December 31, 2022, a baggage handler who was working for Piedmont Airlines was sucked into Envoy Air aircraft’s engine. This terrifying incident occurred at Montgomery Airport in Alabama with an Embraer E175 aircraft involved. For context, Piedmont Airlines and American Eagle operated as Envoy Air are both whole subsidiaries of American Airlines.

American Eagle flight AA3408 bound from Dallas Forth Worth under the registration N264NN arrived at Montgomery Regional Airport and was planned to return the same afternoon when the tragic accident occurred.

The fatal accident happened at 3 PM local time and following the accident, the airport was closed until the evening. The National Transportation Safety Board (NTSB) team was immediately deployed to the scene to investigate the accident and confirmed that:

“An American Airlines plane was parked at the gate with the parking brake set when a ground support personnel was ingested into the engine.”

What Exactly Happened Between The American Airlines Aircraft & Baggage Handler

The NTSB told that it would take up to two to three weeks until the initial reports are out. But here is one possibility of how a ground handler might be in an accident.

When a parking brake is set as soon as the aircraft enters the ramp area, it will take some time for the engine to either fully shut down or idle. To identify whether the engines are off, the beacon lights will stop flashing. There might be a possibility that the handler missaw the beacon lights flashing and enter the safety area.

A similar accident that involved ground equipment (Baggage containers) in 2013 shows that an aircraft can run into an accident on the ramp during docking. This incident happened when a Singapore Airlines Boeing B777 was docking at the gate. As the aircraft was rolling on the ramp and was approaching its stop position(Parking brake set), an empty cargo container was ingested by the left jet engine of the aircraft causing serious damage to the engine blades.

It teaches us the importance of ramp safety during aircraft docking. So was the handler too close to the engine during the stop?

On December 31, 2022, a fatal accident occurred at Montgomery Airport in Alabama when an American Airlines baggage handler(working for Piedmont Airlines) got ingested into the engine. The details of the incident are still under investigation by the FAA and NTSB.

As someone who is in charge of everything happening on ground operations, I find this accident terrifying and teach me the importance of safety all over again.