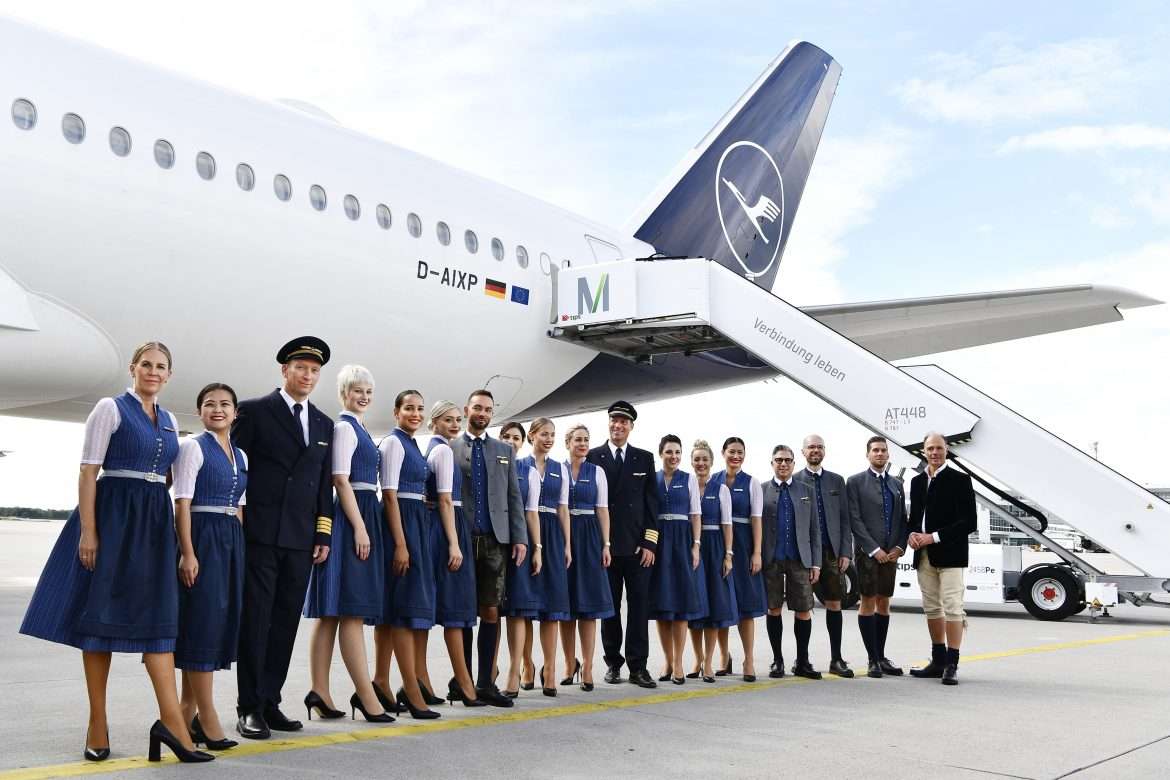 After two years of Munich Oktoberfest absence due to the Covid-19 pandemic, it is finally back again this year! And as an Oktoberfest tradition, Lufthansa arranged a couple of special flights on certain routes as of today.

Even though the pandemic suspended Oktoberfest for the past two years, Lufthansa continued to celebrate its tradition every year for the past 16 years. And this year, the airline will fly with Oktoberfest crews on the following routes:

The exact schedule for German domestic and European destinations is not yet published but I think it will be out soon.

At this year’s Oktoberfest, Lufthansa also presented a new Oktoberfest costume design for its “Trachtencrew.” Trachtencrew wears a traditional Bavarian costume called Lederhosen for male and Dirndls for female crews instead of the regular navy and yellow Lufthansa uniform.

The new Oktoberfest uniforms are sustainably produced dirndl designed by Munich-based costume specialist Angermaier. The female costume, Wiesn dirndl has silver woven flowers with a color-coordinated apron and metal clasp on the apron band. The male crews will wear short leather trousers with a classically cut waistcoat in the same fabric.

Oktoberfest in Lufthansa Lounges and On Board

At Lufthansa’s Munich Lounges in Terminal 2 and in the satellite building, Leberkäs’ (meat loaf), pretzels and Weißwürste will traditionally be served. Moreover, at the Lufthansa First Class Lounge in Munich, the lounge restaurant will have a special menu: A festive soup, followed by roasted duck in traditional style.  The finale will be a homemade apple strudel with vanilla sauce, roasted almonds and rum sultanas.

Lufthansa is back again with celebrating 2022s Oktoberfest both on board and on the ground with special traditional Bavarian meals and snacks. Also, a new Oktoberfest costume has been presented after five years manufactured from sustainable materials.