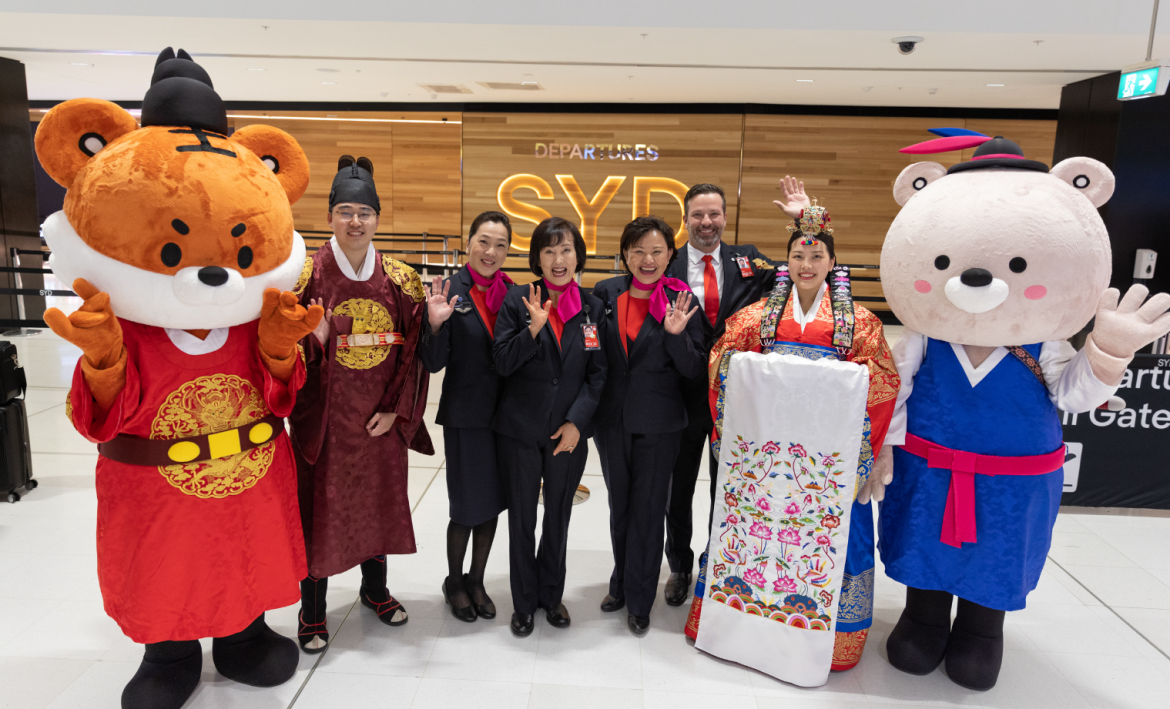 Last Saturday, Qantas launched its newest route out of Sydney – To Seoul/Incheon, South Korea. This is especially interesting as Qantas reopened this route after decades of long absence.

On December 10, 2022, the inaugural Qantas flight from Sydney to Seoul departed in the morning and arrived at Incheon International Airport the same evening. This was the first Qantas flight in 15 years and the first scheduled commercial flight in 24 years.

Qantas had scheduled a flight back in the 1990s to Seoul but it was suspended in February 1998 during the IMF Financial Crisis in Korea. Afterward, it operated non-scheduled flights until 2007 but as the demand was low, the airline then completely suspended Sydney – Seoul network.

As the travel demand grows between South Korea and Australia, Seoul is one of the 28 international ports that Qantas has resumed or launched new services to since Australia’s borders reopened.

Initially, the airline stated that South Korea in addition to Italy and India was not part of their pre-COVID-19 network, but South Korea is at the top of the list for many Australians so in order to meet the growing demand, the airline launched this new route.

“The national carrier was adding international capacity as quickly as it could to meet growing demand.

What we’ve seen this year is that there is no shortage of Australians wanting to travel overseas again and we know South Korea is at the top of the list for many.

Australia has also grown in popularity as a destination for South Korean travellers, so we’re pleased to be welcoming more visitors just in time for them to experience summer in Sydney and beyond.

We’ve had a fantastic response from travellers in both directions since tickets first went on sale with strong demand particularly around the upcoming peak school holiday period, which is terrific for Australia’s tourism and small business operators.”

This 11-hour flight route will be operated exclusively by Airbus A330s.

Qanats’ sister airline and low-cost carrier, Jetstar, has already connected both cities three times a week since last month and together, both airlines will offer customers more than 200,000 seats on the route annually. moreover, passengers will have the option to fly a premium or low fares airline.

Qantas has newly launched its flight to the capital of South Korea after a long decade of absence. The Sydney – Seoul route was launched after seeing a growth in travel demand by both South Koreans and Australians.

Qantas will be operating flights to Seoul four times a week with a possible increase in frequency when the demand grows stronger. Along with Qantas’ sister airline, Jetstar, which commenced operation last month, will allow customers the choice to fly to Seoul six days a week.