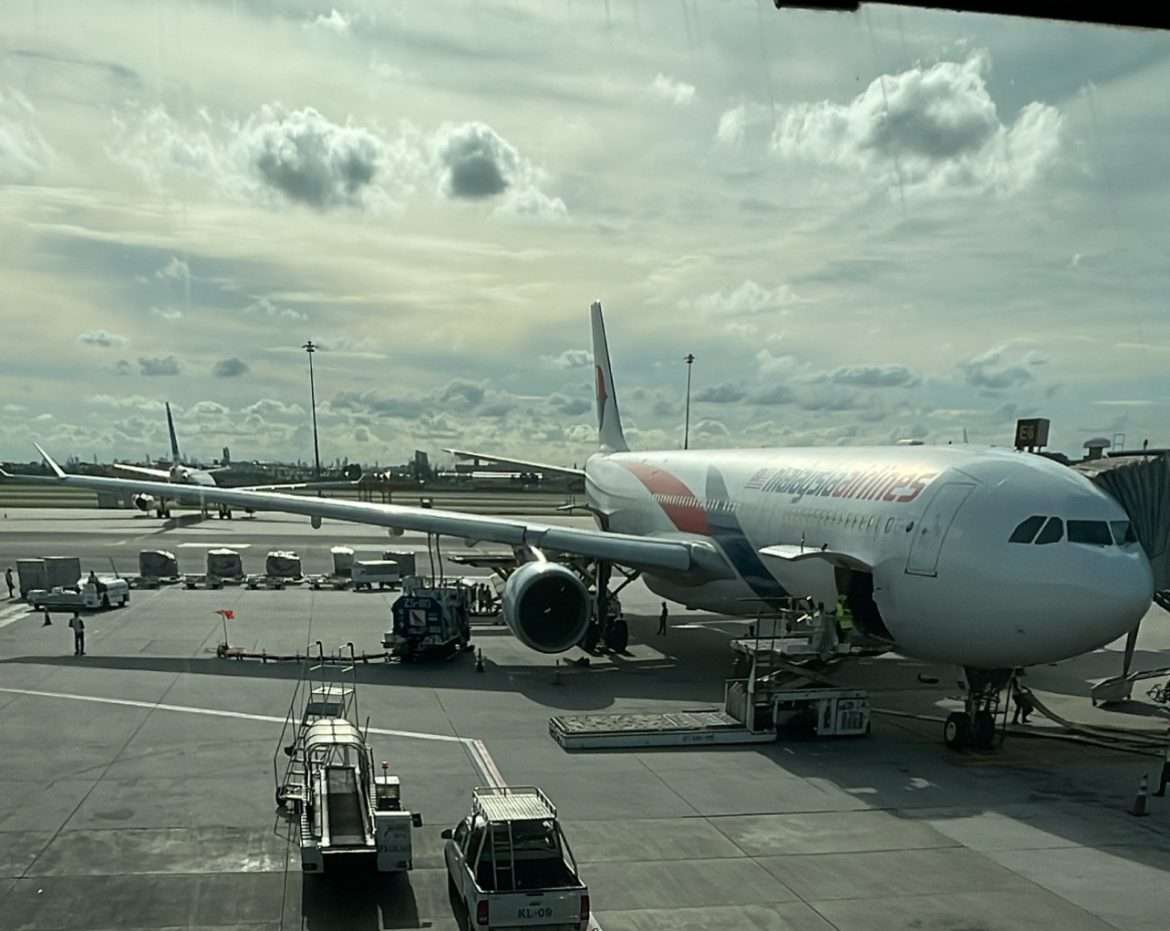 After an amazing week in Bangkok, it was time to head back to Korea. I have chosen Malaysia Airlines over Korean Air to fly back to Seoul via Kuala Lumpur since I flew Korean Air in January and wanted to review some other airlines. And after some consideration between Thai Airways and Malaysia Airlines, I decided to book the latter.

I chose Malaysia Airlines as I have never flown a long-haul flight with them and also the airline operated A330 to Bangkok which I think will be a great opportunity to review A330s back to back to Seoul. I was also planning to review Malaysia Airlines’ First Class Lounge(which was unfortunately closed due to a water breakout the day I arrived) at Kuala Lumpur international airport as well.

Malaysia Airlines is currently operating a twice-daily service from Kuala Lumpur to Bangkok with B737s and A330s. The airline is adding extra flights thrice daily starting July 1 to accommodate the increase in passenger demand as international restrictions are being relaxed.

There are two versions of the A330 in Malaysia Airlines’ fleet: A330-200 and A330-300. Each aircraft has a different cabin layout and the A330-300 I flew to Kuala Lumpur had a mixture of 1-2-1 and 1-2-2 layouts in business class while the economy class had a common 2-4-2 layout. Interestingly, there are two rows of “Extra Legroom” seats with a private mini cabin on A330-300’s economy class which charges you extra to get assigned to these seats. You can check the different cabins in the picture below.

There is a total of 263 seats in economy class on the A330-300s divided into three sections. My flight to Bangkok was light load and I was able to move around the cabin to take some pictures. My first impression of the cabin was the aircraft was fairly old at 10 years, yet the airline managed to keep the cabin clean and fresh. The combination of purple and red color of the cabin somewhat resembles Thai Airways.

I was seated at 25C and as this flight was operated during the daytime and was only two hours flight, pillows or blankets were not loaded. Only headsets and hygiene kits were distributed. I would recommend you bring a jacket if you are sensitive to cold temperatures as cabin temperature gets colder midflight.

One of the reasons I love to fly Malaysia Airlines is they provide meals even on a short flight. And these meals are not sandwiches or snacks rather it is a full set of meals. Since the launch of Malaysia Aviation Group’s (MAG) Sustainability Blueprint, which aims to promote socio-economic development and achieve net zero carbon emissions by 2050, the airline put an effort to use eco-friendly materials. You will see below the cutlery and meal boxes are all recyclable. Kudos to Malaysia Airlines for keeping the world greener.

There were two meal options for this sector: I believe it was either chicken or fish. The taste of the meal was reasonable but for those who are not used to spices, it could taste a little spicy. There is also a wide variety of drink options available.

Each seat on the economy class cabin has a personal IFE monitor and remote controller installed. While selections of entertainment options were limited, I found out there were quite a number of the latest movies, songs, and shows in the system. The AC power socket and separate USB port were both available to charge your personal devices during the flight. Select A330s currently have Wi-Fi installed but unfortunately, it was not on this aircraft. If you want to know if there is Wi-FI available on your flight, there is a sticker pasted right above the USB port. You can check my next flight review to Seoul for more information about it.

It has been almost three years since I last flew Malaysia Airlines A330. I am both excited to be back flying with the airline and still satisfied with the overall service provided during the flight even though it was less than two hours of flying. Although there are changes due to the pandemic, I can see the airline is working its way to improve and be the best. You can check the review of my unexpected visit to the Regional Golden Lounge in Kuala Lumpur and the connecting flight to Seoul.