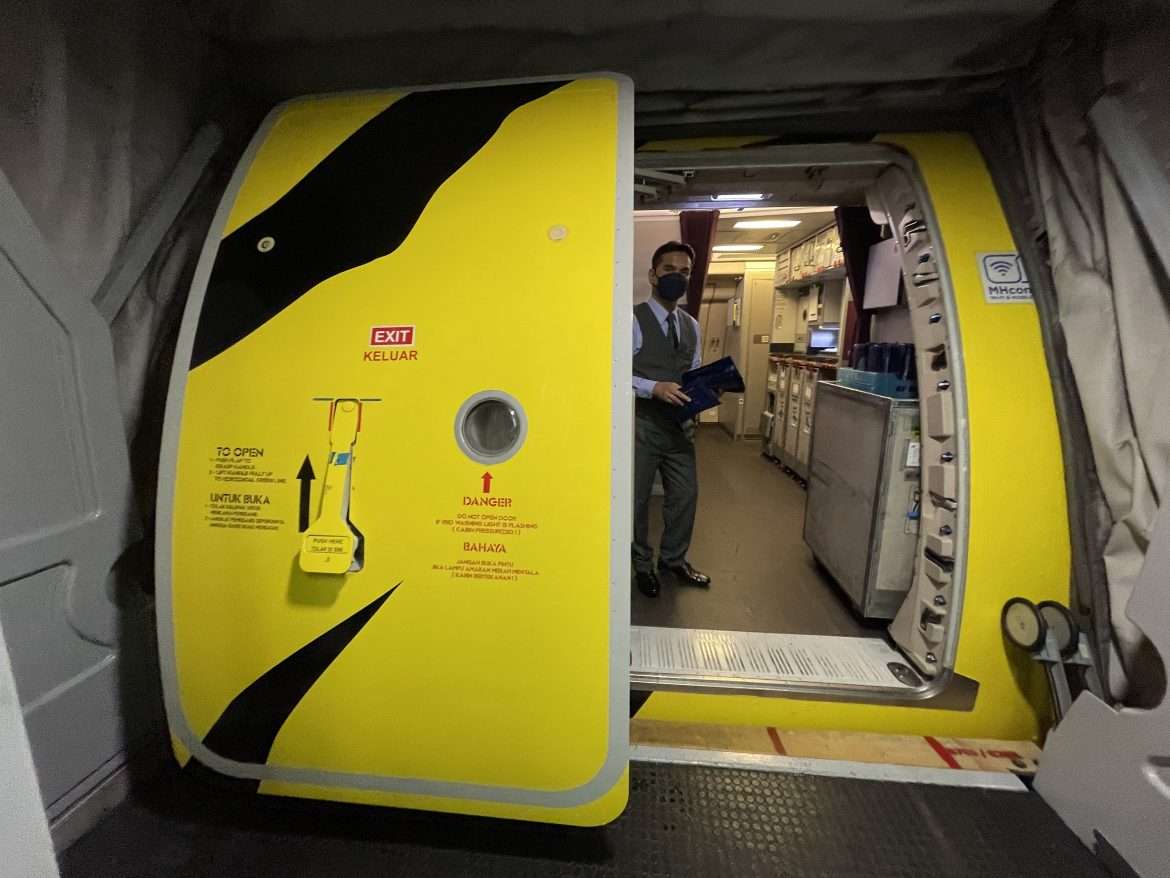 After spending a few hours at Malaysia Airlines Regional Golden Lounge, it was time to head back home and another Airbus A330 was waiting to take me back to Korea. Compared to the previous flight from Bangkok to Kuala Lumpur, this was a 6 hours red-eye flight therefore, I was expecting a different onboard service experience.

Once again, the economy class cabin had exactly the same layout of 2-4-2 as the previous flight I took from Bangkok, except, since it was a red-eye flight, pillows and blankets were available on each seat. Other than that, there were no other differences.

On the flight back to Seoul, I was seated at 23C and since it was an overnight flight, as you can see from the photos below, simple pillows, blankets, and hygiene kits were placed on each seat. Although the aircraft was 10 years old, Malaysia Airlines managed to keep the cabin’s condition pretty well and I did not see wear and tear unlike some other carriers of similar age.

There were two meal services on this flight: the first service was served an hour after take off. This was a simple midnight snack and the second was breakfast which was served between 4 am Korea time before landing. Unfortunately, I slept the whole flight and woke up right before landing so I missed both meals and was not able to take pictures of the meal. Many of you might be curious about the taste of the meal, it might be different depending on each and everyone’s taste but I think the late-night snack sandwich was a little more infused with spices. If you do not like spices it will be a less satisfying taste but the breakfast option which was chicken rice and scrambled egg looked much better.

This was my first time taking Malaysia Airlines’ medium-haul flight and overall I find it amazing. The crew members were friendly and humourous and gave excellent onboard service. Prior to the flight, I have seen some negative reviews about the service but in my experience, it was a pleasant and comfortable flight to Seoul. I am looking forward to trying their flagship Business Suite in the coming months to London. I heard the “Chicken Satay” in business class is amazing😉.