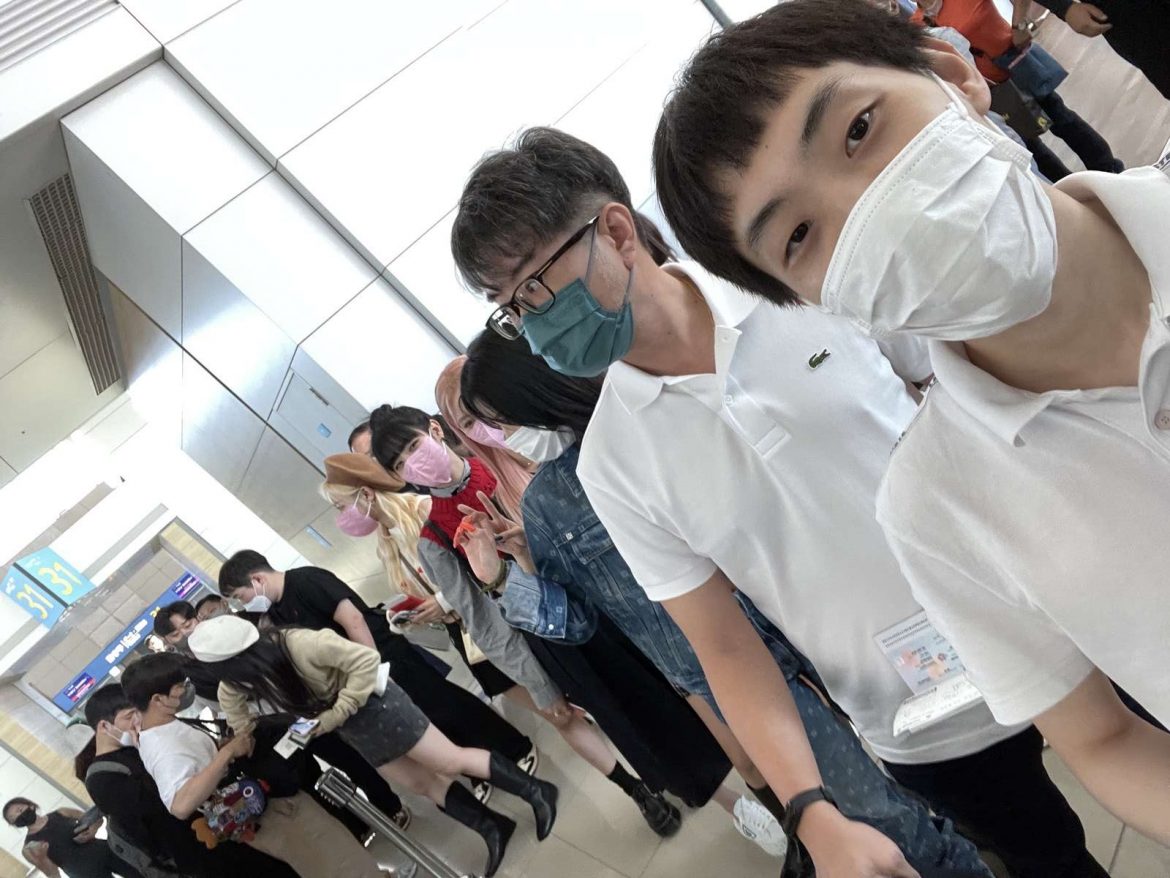 Around 10 minutes before boarding, I left out from the lovely Korean Air KAL Lounge and went to my Malaysia Airlines boarding gate. As I reached the gate, there were a lot of photographers and some fan clubs so I was wondering who could have departed to Malaysia on my flight.

It did not take long when the K-pop group called (G)I-DLE to arrive at the gate. I’ve flown numerous times in my life but this was my first time flying with artists. As I was lining up in the priority lane in front of them, the camera was flashing from all directions among the fans and passengers.

It didn’t take that long until our boarding started. Regardless of having K-pop artists or I was more into the aircraft so I got in first to get some photographs for review.😅

My flight to Kuala Lumpur started boarding 40 minutes before departure. However, even before the boarding started, there were a lot of people surrounding the area as there was a K-pop group heading to Malaysia for the concert.

When I saw the crowd, I thought it will be a full flight but it ended up being 60% loaded on that day. The actual passengers going to Kuala Lumpur were not even lined up yet.

As I have reviewed the aircraft couple of times in the past, I’ll briefly go over the features on board. Moreover, just to let you know I took a long sleep on this flight so I skipped the meal service.

Whether you like it or not, Malaysia Airlines’ Airbus A330s are pretty good and the onboard services are amazing. The particular Airbus A330 (9M-MTF) is an 11-year-old aircraft but the cabin was in fair condition.

The A330 is equipped with a total of 290 seats consisting of two cabins: Business and economy. The airline also divided the economy class into two sections:

The extra legroom seats require additional fees to be selected and while I am not sure about Enrich frequent flyer program elites, I wasn’t able to reserve the eat in advance as Oneworld Emerald. On my flight to Kuala Lumpur, I was seated at 14G and luckily I was able to catch all four middle seats and converted it to a ‘Lie-flat economy.’

The cushions on each seat were pretty comfortable and having four of them was just enough for me to get a long sleep throughout the flight.

Since the majority of my flights are on A330s, I prefer the window seats, the middle seat was a little gamble for me. I did not want anyone to be seated in between so I can relax and thankfully the person who was supposed to seat in the other aisle did not show up.

Malaysia Airlines A330 offers 32-inch (81cm) pitch and 17.3 inches (44cm) width which is industry standard. The only difference between extra legroom seats was a 4-inch pitch difference and a little more private cabin space.

Economy class seats have foldable tray tables which are a standard design.

Moreover, each seat has its own air vents that are useful in hot climates. Besides the air vents, overhead reading lights are located.

Since I skipped the meal, I will go over the entertainment system on board. The entertainment contents on Malaysia Airlines are a little outdated but it offers some latest released movies and songs. You can check what programs the flight offers here.

Since the aircraft was 11 years old, the remote controller sometimes jams into the holder and the buttons were hard to press. If you don’t mind, the monitor is a touch-screen type so it was much faster to navigate the contents by touching the screen.

All flights equipped with the IFE system come with headsets.

Charging sockets and ports are all readily available on every seat. The USB port is by the remote controller stowage and the universal power socket under the seat.

Sometimes, the power to the sockets is not supplied in that case you can ask the cabin crews if they can turn on the main power.

The Airbus A330-300 has seven lavatories in the economy class cabin: Two in between the extra legroom and standard seats, four in the midsection, and one in the aft of the aircraft, opposite the galley. I’d recommend avoiding a few rows before and after the lavatories since there will be a long line during and before landing.

While I frequently flew Malaysia Airlines to Seoul, this was my first time flying out of Seoul. Since it was a morning flight, I feel less exhausted compared to the red-eye flight outbound. The airline’s A330 was kept in good condition overall with great services offered on board throughout the flight.

The only thing I probably always miss is the meal service. However, Malaysia Airlines provides a decent meal on most of its routes which is why it is one of my favorites South East Asian carriers.

This flight was also an interesting one as I got to fly together with a K-pop group who were on their way to Kuala Lumpur for a concert.