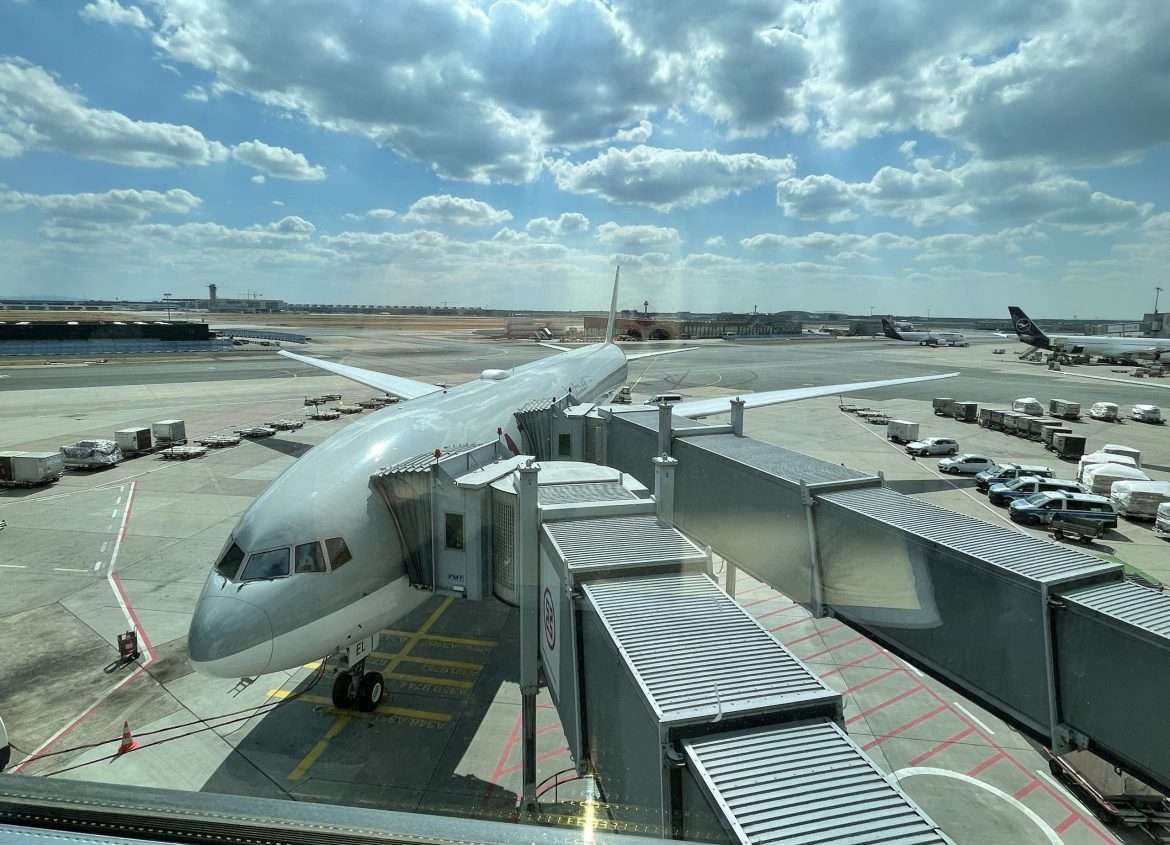 Visiting all three brand new premium lounges back at Doha Hamad International Airport, it was time for my flight to Frankfurt. I have not visited Germany for a long time so I was excited to be back once again.

Economy Class on Qatar Airways B777-300ERs are generally the same with minor differences so I will review that minor differences for this and my next flight back to Doha. The purpose of the similar economy class reviews is to experience different seats on different parts of the cabin. As not all seats on the aircraft have the same reviews.

Prior to this flight, I took the same Boeing B777-300ER from Seoul/Incheon to Doha but that aircraft was still equipped with an older IFE and cabin. Qatar Airways with A7-BE() registrations all have updated cabin and IFE systems which feel more comfortable.

With fewer seats in economy, the cabin feels a little less packed compared to my previous flight.

Seats on the flight to Frankfurt have a newer design which is thinner than seats on the older Boeing B777s. The technical details for economy class seats are similar, offering 31~32 inches (78~81cm) of pitch and 16.9~17.4 inches (43~44cm) of width.

On this flight, I was seated at 22D which was the last row of the forward economy class. With a wall that divides the forward and mid-cabin, there were no issues reclining the seat without looking out the passenger behind. But the close vicinity of the lavatory was a minus as from time to time passengers will line up beside my seat to use the lavatory.

But with the row having only 8 seats abreast, the space beside created more open and spacious feeling.

With the backbone of the seat being thinner as well as the cushion, sometimes I feel like I’m sitting on a hardwood chair. This is one of the difference between the older seats which is bulkier in shape but there’s more comfort when sitting.

For this six hours flight, there were no separate personal amenity kits given out except the hygiene kits.

Breakfast was the only main meal served on this flight. Three main menus are offered but I chose slowed cook beef for my breakfast. The meal is served 50 minutes after departure and for the remaining duration of the flight, there were snacks and drinks on demand when requested by the crew members.

The slow-cooked beef was great but the mashed potato was a little bit rough on my taste.

On the newer Boeing B777 fleet, Qatar Airways installed Panasonic eX1 series inflight entertainment. This IFE system has a much smoother interface and easier navigation that are more passenger-friendly.

Of course, Qatar Airways offer complimentary one hour of super Wi-Fi to all Privilege Club members and also a generous US$10 Full flight Wi-Fi access.

To connect to the Wi-Fi, all you have to do is to select Oryxcomms on your device setting and select the plan you would like to use. On short to medium-haul flights, I think the complimentary option is best while on long-haul flights, I’d pay US$10 for longer use.

I am once again back again visiting Frankfurt, Germany with Qatar Airways B777-300ER. There is not much difference from my previous flight from Seoul but it is great to experience different onboard services on different routes.