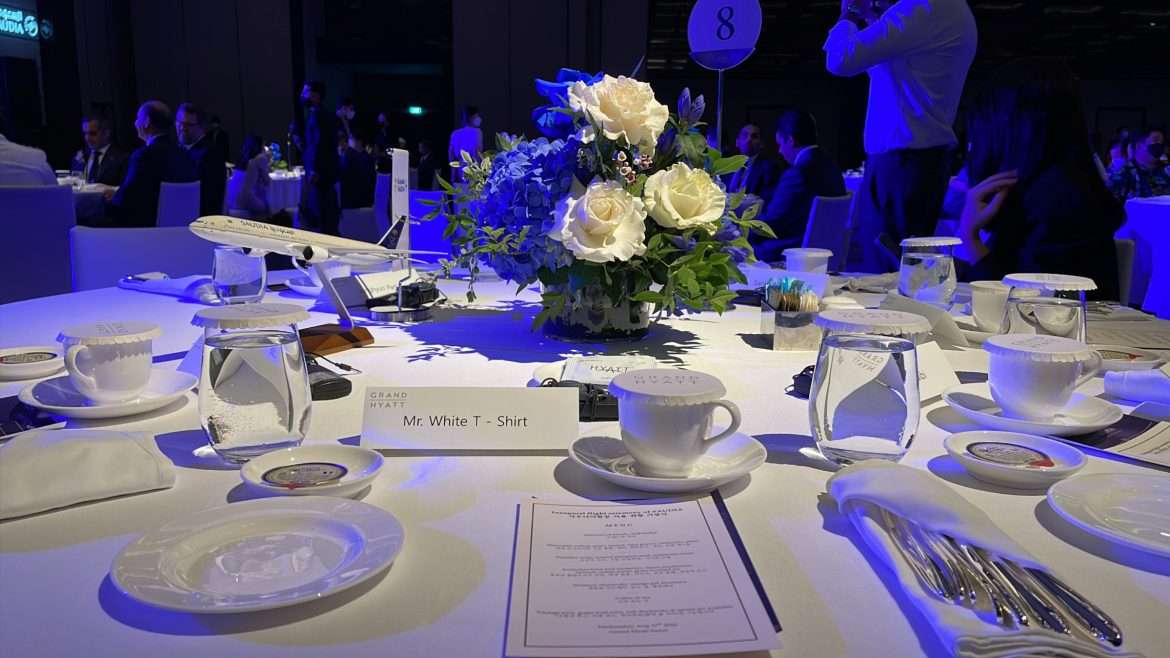 On Wednesday, I had the privilege of attending the inaugural ceremony of SAUDIA flights between Saudi Arabia and Seoul.

SAUDIA operated its first flight after almost three decades from Riyadh to Seoul on Tuesday, 16th August 2022. The flight operated as SV898 departing Riyadh at 4:21 AM and arriving in Seoul at 20:23 PM carrying delegates, corporate staff members as well as some passengers.

The inaugural ceremony was held on Wednesday to mark the launch of the service in Seoul, attended by the Saudi Arabian Ambassador to Korea H.E. Sami M. Alsadhan, senior government figures, media officials, and travel and tourism partners. Saudi Airlines Chief Commercial Officer (CCO) gave a welcoming speech at the ceremony and introduced the company in detail.

During the ceremony, Saudi Airlines also signed a memorandum of understanding (MOU) with Seoul Metropolitan City to promote exchanges as the Kingdom expects the number of Korean visitors to increase as K-content is gaining huge popularity in Saudi Arabia.

SAUDIA launched its service at Gimpo International Airport back in 1983 and operated the Gimpo – Riyadh – Jeddah route, but at that time, the number of passengers gradually decreased due to the end of the Middle East construction boom. Eventually, the airline withdrew the route in 1990.

While Korean Air was continuously operating the Seoul – Riyadh – Jeddah route, it also suspended the route in February 2017 and completely returned the Saudi Arabian transportation right in March the following year.

The resumption of passenger air routes is part of Saudi Air’s efforts to achieve the “Saudi Aviation Strategy,” which is a campaign to connect the kingdom of Saudi Arabia to the world through more than 250 destinations.

Under the Vision 2030 policy, SAUDIA will continue to expand its network of routes and meet passengers visiting Saudi Arabia via various routes. To achieve Saudi Airlines’ strategic goal, we plan to update 144 in-flight systems and modernize and expand aircraft over the next few years.”

In addition, he also stated that:

“With this milestone route, Saudia is not only connecting the Kingdom to more of the world touristically, but also helping to facilitate the transfer of knowledge and services, allowing both countries to enhance their local businesses, logistics framework, and manufacturing infrastructure.”

I had an opportunity to attend the inaugural ceremony of SAUDIA’s flight on wednesday. During the event, I learned about SAUDIA’s goal and many information from members of SUAIDA. It was a pleasure for me to get to know numerous figures and I would like to thank SAUDIA for the invitation.

I have always only transited to Saudi Arabia and never entered the county before. But now I do have some projects planned in my head to travel to the Kingdom with different SAUDIA fleets and experience different cities and cultures. So wait for my next trip to Saudi Arabia soon!