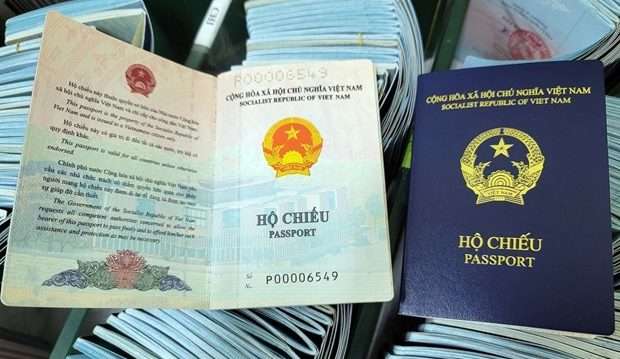 There is an interesting situation right now in Vietnam regarding with country’s new passport. According to VN Express, a local media outlet, the Czech Embassy in Vietnam issued a statement on the 3rd of August and said it could not recognize the new passport in Vietnam.

“The new passport does not meet the International Civil Aviation Organization (ICAO) standards,” adding, “We have agreed with other EU member states and decided not to recognize it.”

The Czech Republic is the third country after Spain and Germany to not recognize and refuse Schengen visas to holders of new Vietnamese passports.

In separate announcements, both Embassies of Germany and Spain in Vietnam said the reason for the non-recognition of the new passports is because they do not have a place of birth (province/city) listed which makes it impossible to verify the identity of the visa applicant.

According to ICAO regulations, passports in each country are required to specify the type, name, number, nationality, date of birth, gender, and expiration date.

It is left to the decision of the issuing country to fill out other information, but in the case of information on the place of birth, it is recommended to delete or fill out all personal information with full consideration.

But the embassy did not elaborate on the details of the new passport falling short of the ICAO standard.

Recognition of the New passports:

Aside from the above three Schengen countries, there are numerous countries that recognize Vietnam’s new passport. One of them is France, which will for the time being and until further notice, will continue to recognize the new passports for visa issuance. Here is a statement from the French embassy in Hanoi.

The catch is that Vietnamese citizens entering France with French Schengen visas are not allowed to enter or transit through Germany. I am not sure if the remaining two will follow the German authorities’ decision.

While I am not an expert on passport-related specifications, Vietnam is currently using a traditional passport which means it is not biometric where personal information is stored in a chip. So I think it could be harder for immigration officers to know the birthplace of the person.

There was a plan from the immigration authority to introduce the E-passport but until now I have not heard any updates regarding it.

With the Czech Republic participating Germany and Spain refusing Schengen visas to holders of Vietnam’s new navy-colored passport, there will be impacts on Vietnamese visitors traveling within the EU.

The Immigration Bureau of Vietnam’s Ministry of Public Security said the new passport complies with international standards and will quickly resolve the issue through diplomatic channels. Meanwhile, as a temporary measure, holders of the new passport can come to the Immigration Department to add their places of birth in the appendix.