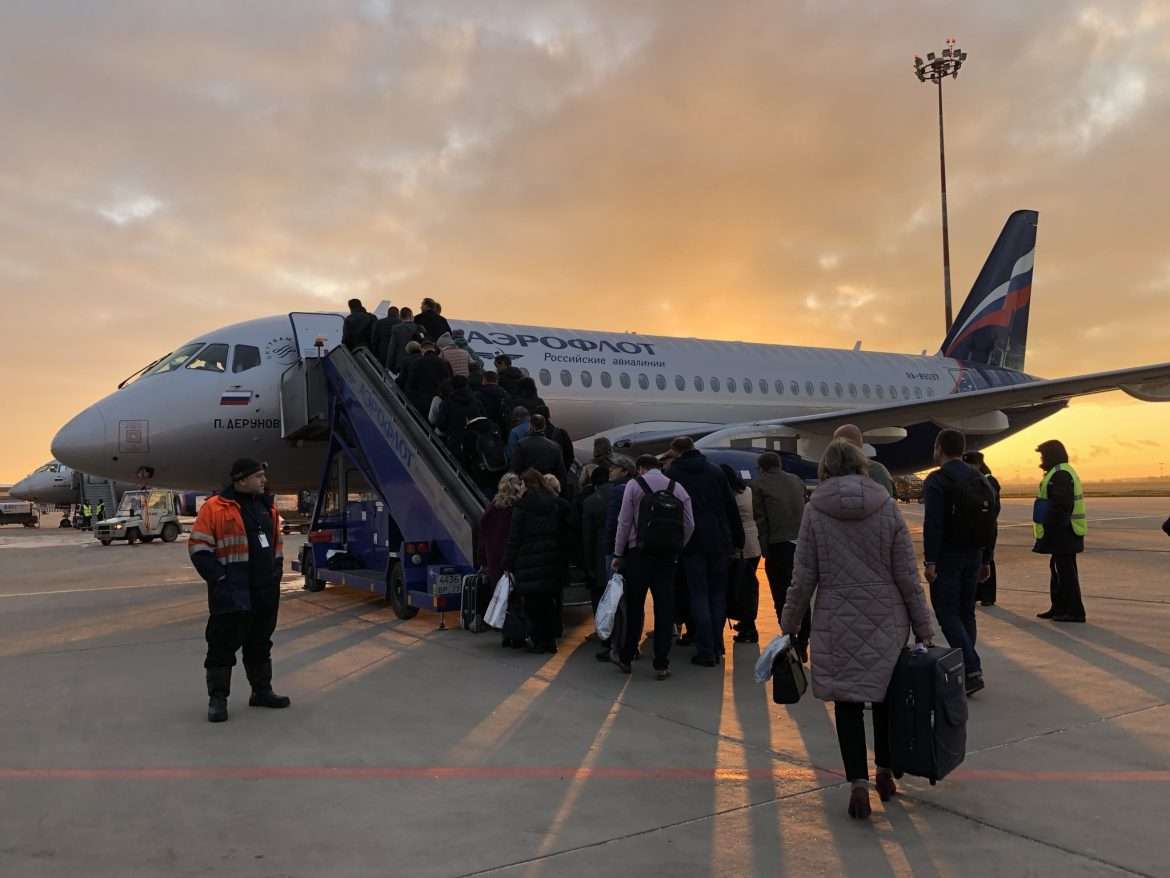 Yesterday, September 21, 2022, Russian President Vladimir Putin made a national address regarding the partial mobilization of the nation’s 300,000 military reservists. This came after the news that Russian troops are withdrawing and remobilizing to invade Ukraine.

But the president’s speech somehow brought a panic to a large number of Russian in the fear of getting shot and killed in the Russo-Ukrainian war.

As a result, a large number of Russians especially men, are trying to run away from the country. Based on the Russian news website Meduza, it published a list of countries Russians can visit without visas. There are currently 40 countries on the list.

With the initial announcement, flight tickets to Uzbekistan, Armenia, Georgia, Serbia, and especially Turkey are sold out in a matter of time and some even already sold out for the next two weeks. While the remaining available tickets to various destinations reached enormous price.

I did some findings and Qatar Airways, Emirates and Turkish Airlines all had the tickets sold out for the next few days or left with insane pricing.

Qatar Airways operates 1x daily flight to the Russian capital with its B787-8 aircraft but as you can see above, the economy class is totally sold out and business class which cost almost US$7,000 one-way is remaining.

This is showing how grim the situation is about citizens refusing to be mobilized. Here are some more flight availabilities with Emirates and Turkish Airways.

Emirates is one of the favorite foreign carriers in Russia as Dubai is one of the destinations Russians love to visit. But as you can see, currently almost all economy class is sold out the whole week and one-way economy class from Moscow to Dubai cost as high as US$2,700. This is quite an unrealistic price given that the regular fare is around US$600.

And lastly, Turkish Airlines. Turkey offers 60 days visa-free for Russian citizens so it is another destination for a vacation. But that’s not the case right now.

Turkish Airlines operates five flights per day from Moscow to Istanbul and currently, they are all fully booked. Other Turkish destinations are also sold out as well.

Due to this unexpected exodus, the Russian Government issued an order for airlines to stop selling tickets to Russian men aged 18 to 65. But there are also some complex exemptions for anyone who has a valid work invitation from other countries and approval from the Russian Ministry of Defence, there will have no issues departing Russia.

Due to the mobilization of reservists in Russia, there is a mass exodus happening in many Russian cities. Most citizens affected by this decree are escaping Russia for fear of getting injured or killed in the Russo-Ukrainian war. It’s a very sad scene to see these kinds of situations unfolding.

International flights out of Russia are fully booked and the ticket prices spiking up, the situation at the airport is unpredictable. If you have travel plans to Russia, I think it is not the right time now as flights might be affected.