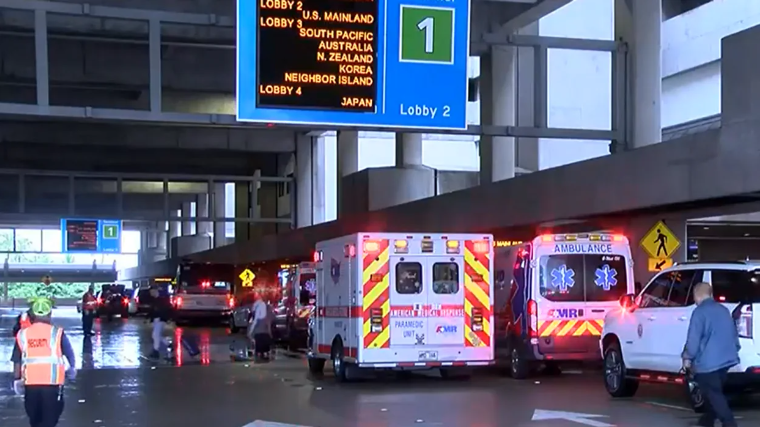 Turbulence happens most of the time during the flight but not as what Hawaiian Airlines met this week. This was one of the strongest turbulence an aircraft hit recently.

The incident involved on Sunday, December 18, 2022, with the aircraft registered as N393HA, a 9-year-old Airbus A330-200. The aircraft was operating as HA35 from Phoenix Sky Harbor International Airport (PHX) to Honolulu Airport (HNL).

The flight, carrying 278 passengers and 10 crew members went as planned for six hours and just as it was about to commence descending towards Honolulu, severe turbulence rammed the aircraft. The severity of the turbulence was so strong and unexpected, passengers who were not wearing a seatbelt flew out of their seats and hit the ceiling, causing serious injuries.

The number of injuries was high as the aircraft was about to descend into Honolulu, the point of time where many passengers stand to use lavatories or put back their items into their bags on the overhead bins.

In total, 36 passengers were injured, 11 with serious injuries. 20 passengers were taken to the emergency rooms in Honolulu after arrival. Director of Honolulu Emergency Medical Services, Jim Ireland said:

“At least one person was reported to have been rendered unconscious but all patients were awake and talking when they arrived at hospitals.”

“Patients suffered cuts, including to the head, as well as bumps and bruises. Some people were nauseous and vomited as a result of extreme motion.”

The aircraft quickly began its descent immediately after the turbulence and the crew declared an emergency due to the number of injuries on board.

Dangers Of Turbulence On Air

There are around seven types of turbulence with four intensities: From light to extreme. Most pilots are aware of the weather conditions of the flight path and try to avoid unstable areas as much as possible. However, there is one particular type that is unexpected and dangerous: Clear Air Turbulence or CAT.

Generally, turbulences, whether light or severe, can happen in clear weather and/or associated with cloud systems. What makes Clear Air Turbulence (CAT) potentially more dangerous is that because the sky is clear that since pilots can’t see any indication that they are about to encounter turbulence, everyone will be unaware of turbulence.

“The airline was aware of the weather forecast and the unstable air and weather conditions, but had no warning the particular patch of air where the turbulence occurred was in any way dangerous.”

While there is turbulence that can be forecasted, some are not and can cause severe injuries as below. An American Airlines flight from Seoul to Dallas had to divert to Tokyo due to turbulence years ago.

The most recent incident with turbulence-related injuries was from Air Canada’s flight from Vancouver to Sydney where 37 passengers and flight crew members were injured, of those 9 with serious injuries.

Damages To Hawaiian Airlines A330-200

With the severe turbulence hitting Hawaiian Airlines from Phoenix to Honolulu, the aircraft made a couple of plunges, losing altitude. It is still unclear how much altitude it lost during the turbulence and this would be part of an investigation involving the National Transportation Safety Board.

There were no physical damages occurring on the exterior of the aircraft but the interior was a whole different situation. As items and passengers fly into the ceiling and slam the aircraft interiors accompanied by severe shaking, wall and overhead cabin panelings were detached and damaged.

The aircraft is now undergoing a thorough inspection and maintenance, to fix damaged components in the cabin.

Always Wear Your Seat Belt As A Precaution

On Sunday, December 18, 2022, Hawaiian Airlines flight from Phoenix to Honolulu was hit by severe turbulence injuring around 36 passengers on board. Of those 36, 11 had serious injuries. Turbulence can happen anytime and anywhere and those who were injured were not wearing seat belts.

This was one of the latest incidents involving turbulence as the previous one that I know of was back in 2019. It also shows the importance of seat belts during flight to prevent injuries from lifting out from your seats.