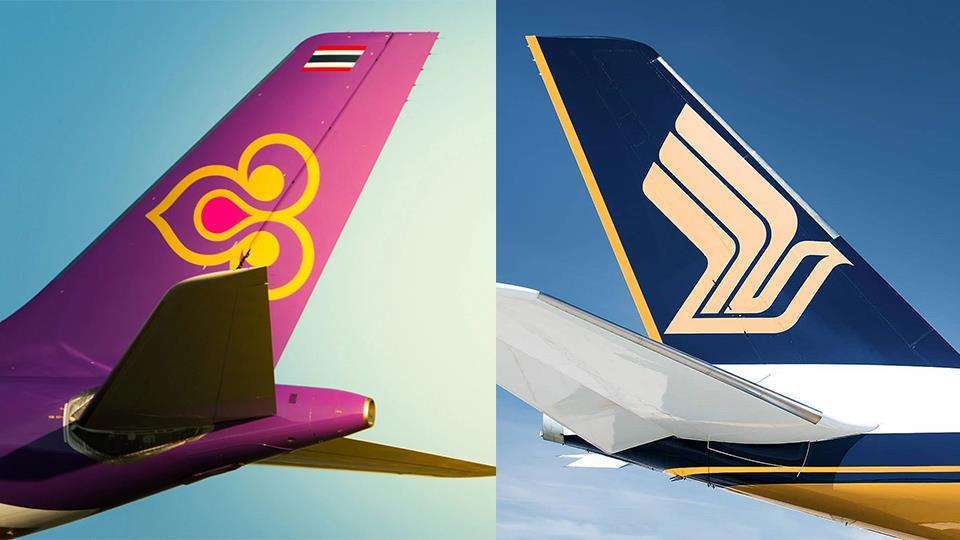 Last week, Thai Airways and Singapore Airlines formed a new strategic partnership that will further enhance the passenger experience when flying with both airlines.

THAI Airways International and Singapore Airlines signed a Memorandum of Understanding (MOU) to form a new strategic partnership last week. This will allow both airlines to have more sophisticated codesharing agreements on each other’s services and allows customers more options and value when traveling on either airline.

The partnership specifically focuses on code sharing between the two airlines. In the initial phase, both airlines will codeshare each other’s flight services between Singapore and Bangkok.

Then, by the first quarter of 2023, THAI Airways will also start codesharing on Singapore Airline’s flight services to Cape Town and Johannesburg, Houston, Los Angeles, New York (Both JFK and EWR), San Francisco, and Seattle as well as Vancouver, subject to regulatory approval.

Furthermore, in the upcoming phases, additional codeshare arrangements between the two airlines will be explored to support increased air connectivity to Thailand and Singapore, as well as points in Europe, India, and South West Pacific routes.

SIA & THAI Have Had A Close Relationship For Many Years

“SIA and THAI have had a close relationship for many years, which we aim to strengthen through this comprehensive agreement. Both airlines have a loyal customer base, as well as extensive operations within South East Asia and around the world. This is a win-win opportunity to support the growth of our respective hubs and enhance the options and service offerings for our customers.”

While CEO of THAI Airways stated:

“THAI and Singapore Airlines have shared a long-term relationship, and I am glad that this cooperation between the two airlines will certainly cater for the demand of travellers between Thailand, Singapore, and beyond.  It will also enable the expansion of THAI’s network to more service points in the United States, Canada, South Africa, Europe, India, and South West Pacific routes.  The codeshare arrangements will greatly benefit our customers in a range of service areas including the frequent flyer programme, customer experiences, lounge access, and airport ground services.  The collaboration strengthens both the airlines’ networks as members of Star Alliance.”

Codesharing Between THAI & Singapore Airlines Will Be Beneficial

Seven years ago, in 2015, The Federal Aviation Administration (FAA) dropped Thailand’s safety rating status to Category 2 due to numerous safety concerns after an audit conducted by ICAO. ICAO subsequently red-flagged Thailand which impacted the FAA’s decision to downgrade the country’s safety rating.

The new codesharing agreement will indeed be beneficial, especially to THAI Airways as the airline can sell tickets to the US under Singapore Airlines-operated flights. As the number of travelers to/from US cities such as Los Angeles and New York and Europe to Thailand increases, this will be an opportunity for THAI Airways to seamlessly connect passengers to their final destinations.

THAI Airways and Singapore Airlines have further enhanced their strategic partnership by offering more codesharing options and destinations with both airlines. This partnership will positively benefit passenger experiences as they do not have to hassle booking separate flights to make a connection.