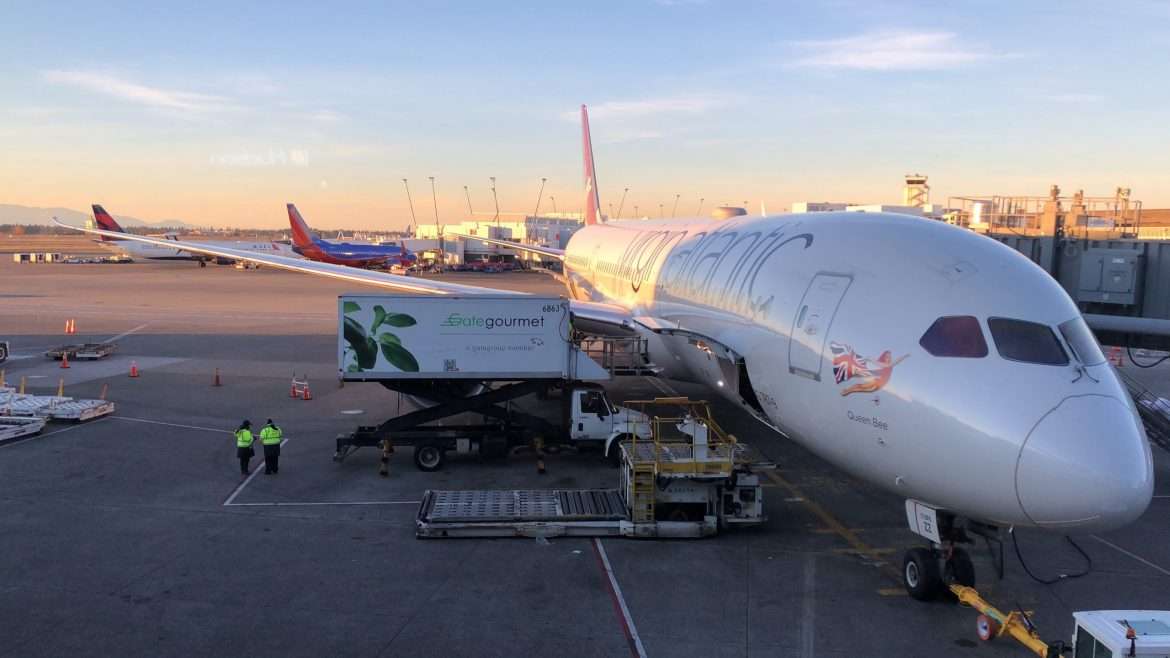 To explain a brief history of SkyTeam, the alliance was founded back in 2000 by Delta, Air France, Korean Air and Aeromexico. Currently, the alliance has 18 member airlines around the world and it serves over 175 countries and over 1150 airports globally.

With Virgin Atlantic joining SkyTeam next year, this will be the first airline in 9 years after Indonesia’s national carrier, Garuda Indonesia joined the alliance in 2014.

Aeroflot was a member of SkyTeam but due to the Russo-Ukrainian War, the airline is currently suspended from the alliance.

Virgin Atlantic will join the alliance in early 2023, strengthening SkyTeam’s presence at both London Heathrow and Manchester Airport. The reason Virgin Atlantic fits with SkyTeam was its joint venture with Delta and Air France-KLM. Furthermore, Delta owns 49% of Virgin’s share. So the airline was destined to be a member but we all did not know when until today.

And with the joining of SkyTeam:

With regards to the SkyTeam joining Shai Weiss, CEO of Virgin Atlantic told that:

“At Virgin Atlantic we strive to create thoughtful experiences that feel different for our customers and SkyTeam shares that customer first ethos. 2022 marks the year Virgin Atlantic gets back to its best for our customers and people and joining SkyTeam is an important milestone. Our membership will allow us to enhance established relationships with our valued partners at Delta and Air France-KLM, as well as opening up opportunities to collaborate with new airlines. It will enable a seamless customer experience, with an expanded network and maximised loyalty benefits.”

“Virgin Atlantic is synonymous with innovation and excellent service, an iconic British airline with a global outlook that puts customers at the heart of its operations – like SkyTeam and its members – and we are delighted to welcome them into our alliance.”

Virgin Atlantic operates flights to Greater China, India, Israel, Nigeria, Pakistan, and South Africa which some airlines do not fly. This will greatly increase the destinations within the SkyTeam alliance and enables more travel choices for passengers.

Is Joining SkyTeam the Best Fit for Virgin Atlantic

In my opinion, I consider SkyTeam Alliance the third in rank after Oneworld and Star Alliance. This is because, unlike the other two major alliances, SkyTeam is in a weaker position in terms of a couple of different reasons:

But Skyteam also has its own strengths whereas member airlines have amazing first class products and lounges such as Air France’s gorgeous La Première class or Korean Air’s Kosmo Suite 2.0. And frequent flyer programs like Flying Blue, Skymiles and SKYPASS are one of the best programs to redeem miles on partners.

Virgin Atlantic will be joining the SkyTeam alliance in early 2023. With the airline becoming a full member, there will definitely be more routes, especially transatlantic destinations. Not only the additional routes, but frequent flyers will also benefit from elite benefits and have more opportunities to earn and redeem miles when flying Virgin Atlantic.

I have not yet flown on Virgin Atlantic metals but this will great news for me to redeem miles on its brand new Upper Class and experience its gorgeous lounge at London Heathrow.