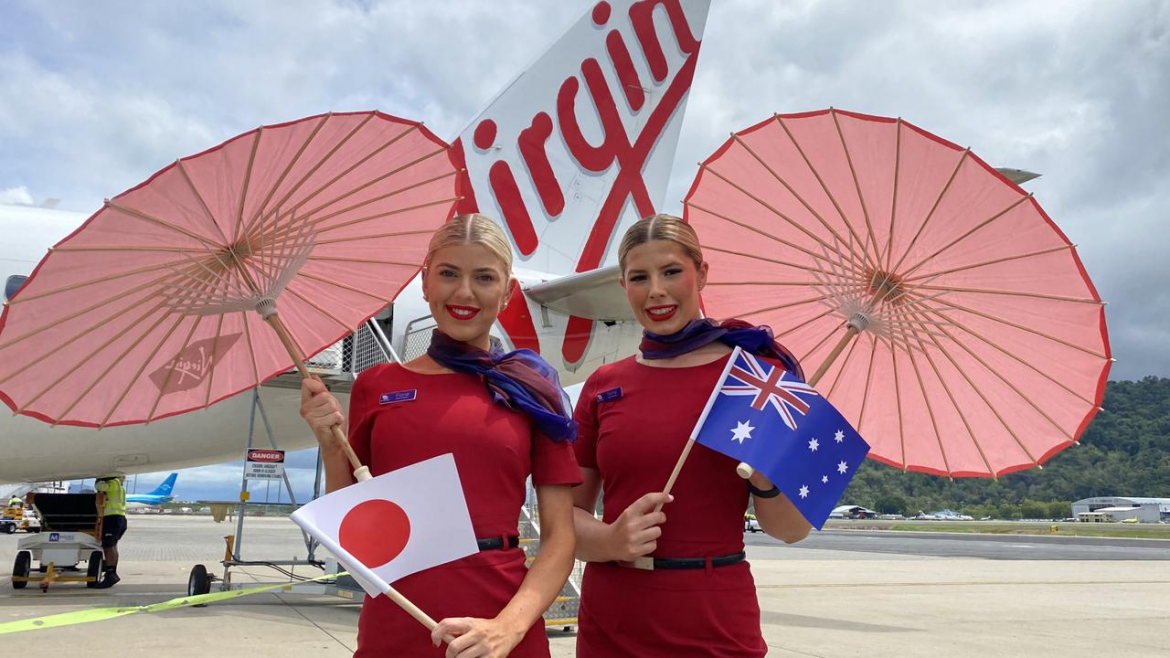 Today, Virgin Australia announced to launch of its newest network – Cairns to Tokyo Haneda (HND) starting next summer and this is particularly interesting as the airline plans to use a Boeing B737 MAX.

Let’s go over the details below.

The Queensland Government, Cairns Airport and Virgin Australia have announced a new year-round, daily Cairns-Tokyo (Haneda) service that will commence as of June 28, 2023.

With the launch of Tokyo Haneda flights, Cairns will be one of the few Australian cities which will serve both airports in Tokyo – Narita (NRT) and Haneda (HND). Tokyo Narita is currently operated by Jetstar 5X weekly.

Virgin Australia will operate Cairns to Tokyo (HND) daily under the following schedule:

“Virgin Australia is a proud Queensland company and we’re delighted to add over 2,000 seats between these iconic destinations every week which means more value and choice for Australians wanting to travel to Japan.  Importantly, it also means welcoming more Japanese tourists into the Sunshine State to enjoy our unrivalled natural wonders like the Great Barrier Reef and Whitsunday Islands. “

Back in 2019, in preparation to carry passengers from Brisbane to Tokyo for the 2020 Tokyo Olympics, Virgin Australia received one of two exclusive slots at Tokyo Haneda. And we believe that the reason behind this unexpected announcement of the Cairns to Haneda route is to preserve this valuable slot or else it will be taken away.

The problem is Virgin Australia does not have long-haul widebodies such as B777 or A330s to fly from popular destinations and based on the current B737 or upcoming B737-8 MAX fleet, Cairns, which is situated in the northernmost part of Australia, one of the only cities that has the range for B737-8 MAX to cover.

This is probably one biggest assumption we are getting why Virgin Australia is pushing on this route all of a sudden even though the route might not be profitable with a narrowbody.

Virgin Australia Will Fly To Tokyo With Boeing B737 MAX

What I am particularly interested in about this new route is Virgin Australia will use Boeing B737 MAX aircraft to operate this 7hr 45 minutes flight. If the flight commences as scheduled, this will be the fourth longest flight on a B737-8 variant.

The airline currently has eight B737-8 orders that are scheduled to be delivered in February 2023. However, these B737-8s will not feature a flatbed in business class, instead, 8 standard recliner seats will be installed along with 162 economy class seats.

This should be a little inconvenient for passengers, especially when flying on a red-eye flight since they can’t lie down to get sleep.

One of the reasons Virgin Australia is operating narrowbodies on long-haul international flights is that the airline retired all its B777s and A330s when it went into voluntary administration. Hence, the company restructured to only operate flights with B737s.

Virgin Australia Will Be Strengthening Its Partnership With ANA

And now, to further enhance flight access between Australia and Japan, both airlines will strengthen their strategic partnership to offer greater choices for passengers. This partnership will allow Velocity and ANA Mileage Club members reciprocal loyalty benefits throughout 2023 and beyond as well as more codesharing options.

Today, Virgin Australia announced that it will be launching flights to Tokyo Haneda as of June 28, 2023. This route will be operated by Boeing B737-8 MAX since the airline retired all its widebodies when it entered voluntary administration during the pandemic.